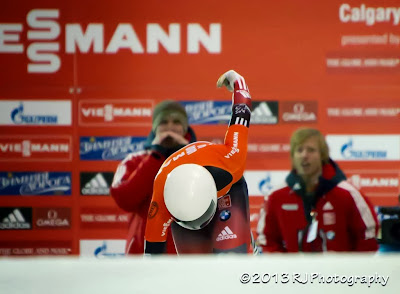 Let me first say what needs to be said: There was one word that came to mind when I realized just how much of a hole I had dug upon the completion of my first run the afternoon of Friday, November 29th at Canada Olympic Park in Calgary, AB: "Damnit!"

I can honestly chuckle at it now, because I have made time to recognize the importance of a moment in my career where I stumbled from my own perceived high.

Third sled off the line, the cheering was incredible ... I pushed and loaded with as much force as I could find in my legs. However, a combination of dropping temperatures and an unsettled pilot - Phrixus and I couldn't seem to keep our path as arrow straight as we wanted. Crossing the final timing eye - I was already more than 7 tenths behind the leader and in my sport that is an extremely tough gap to close on any track - so while I knew it certainly wasn't impossible, it was not part of the initial game-plan I had imagined coming into the day....

The first World Cup of the 2013/14 season. My first ever home race of this caliber. Tons of friends and family had made the journey to watch LIVE! Maybe you were able to catch the live feed; perhaps you have watched the replay online - in either case - as always - you witnessed the fastest women in the world demonstrate what racing is all about! 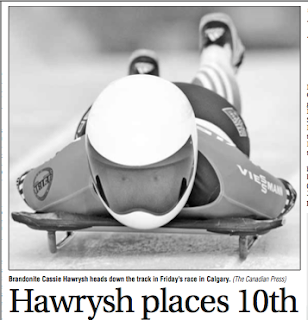 I struggled with my own emotions upon returning to the top after the first heat. I swallowed hard and searched the deepest corners of my mind for the reminder I needed to literally and figuratively get back on track.

I decided to re-read a text sent to me a few days prior:
"You have to remember that what is being asked of you is superhuman. You are human. It's good to check in with that side once and awhile. Cry, yell, curse; feel what you feel, because there is a Cassie under all of that spandex!"

It was what I needed to reset my focus and get back to business.

So while I walked out to the line, knowingly about to face a daunting task, I smiled.

The run would be better, not my best, watch the replay of heat 2 HERE ; but perfection is a rarity in any test of skill. I was proud that I didn't let the negative thoughts entirely get the best of me ... but I had difficulty hiding my disappointment in the overall race result.

My family and friends were waiting at the top after I had placed Phrixus to recover in his travel case.
The love I was greeted with was so intense that it was practically palpable, and so each and everyone of you know:  I couldn't have asked for a more perfect cushion to land on! Thank you!

“When things go wrong, don't go with them.”  - Elvis Presley

There was  initially very little time to mull over my performance. We were packed up and on a plane to Utah within 48 hours. To-do lists and goodbye hugs blurred into one massive moment and suddenly I was standing at the top of the Park City track in the middle of our 6 official training runs. 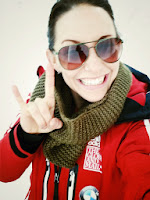 Now - here I am, the night before Race #2  - in the winter wonderland that is Park City.  "Jack frost nipping at your nose" doesn't even begin to describe how cold it has been here. When the digital read-out in the rental car says: -6 Fahrenheit ... and I can't even do the math ... you just zip your coat ALL the way up; grin and bear it.  :)

My home is behind me; the world is ahead.