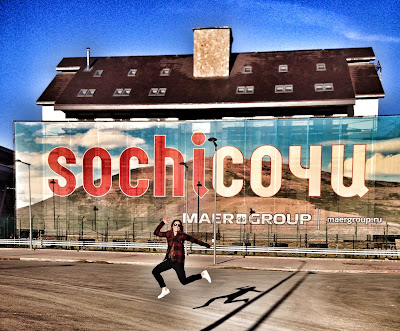 On a crisp Monday morning, that feels a lot more like September than mid-November, a SOCHI.RU emblazoned chartered bus arrives next to our hotel at 07:14.

I board and exchange my best Russian attempt at, "Dobroye utro" for a smoker's raspy, "Hello," from the bus driver in return.

No one else got on the bus with me that morning nor at the next stop. But I was up early and many nations would soon join me at the track - as we had daily for the last two weeks - searching high and low for that perfect line, that hidden hundredth....

Ear buds in, music on, the driver and I traveled past the cardboard-like hotel fronts along our route; set in the middle of a mountain range an hour from the city of Sochi itself.

I casually make eye contact with the guards sitting in their gate houses and felt like I was passing a cartoon backdrop, watching bus after bus after bus parked along the road. 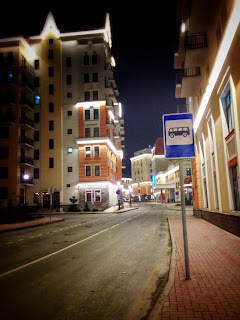 The worker ants march in single file along the highway to begin what is very likely a harder day of work than most will ever know - as my bus driver passes slower moving vehicles on the left up the hill towards the Sanki Sliding Centre.

The moon was still at full light at this hour; the sun had barely been told it's time to rise. Despite having been here a short 10 months ago, many parts of this trip felt brand new.

One thing that hadn't seemed to have changed was the endless construction zones. And the sense of urgency you might expect with less than 80 days until the Games - appeared somewhat absent. It is difficult to believe everything will be looking like an Olympic wonderland by February 2014 - but I also somehow know it will.

Once at the track, I was setting my rock and checking my sled when I suddenly caught myself thinking about the excitement of an unknown future - which, I must say, is an interesting juxtaposition as I prepare for my final two on-ice training runs for this training camp. I consciously acknowledged that It has been an excellent 2 weeks of sliding but with a mere two more  minutes on track this year - I took a deep breath and promised myself to make them count. 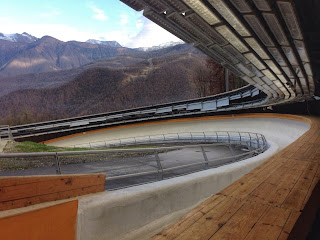 From the moment Phrixus and I enter corner 1 we are challenged to be more precise; to just be better. My reaction time and awareness  as a pilot alongside a trust in my sleds' ability to fly MUST coincide. There's a fine line between the perfect line and losing control -- and  to go as fast as possible - this track requires I find it.

Both runs I notice that the ice seems slightly harder as we are gliding through transitions and uphill sections. And as I feel Phrix break away beneath me, I try not to wiggle and ultimately make it worse. With a little too much height here, a tap into a wall there - time ticks on. 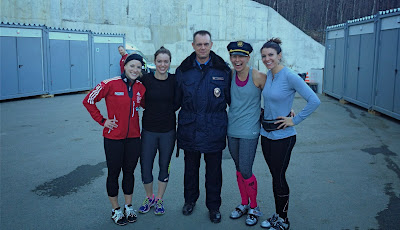 Thankfully, I'm surrounded by thoughtful and knowledgeable voices that remind me to keep learning; to continue to transform into a better version of myself - on and off my sled. 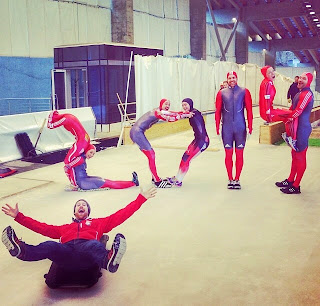 My theme this fortnight included moments where a brilliant steer execution was contrasted with a mistake (or three) - but thanks to this I was always able to cross the finish line with a smile - because what could and ultimately needed to happen while we were here  – did.

With a combination of luck, focusing on one-day-at-a-time and a steadfast commitment to do everything it's going to take: my next visit to the city by the Black Sea will include 5-rings and a whole lot more excitement!

Now then,  to board a plane and then another plane and then one more plane so we can get back to Calgary, AB, Canada and get the 2013/14 World Cup season underway ( Races will go November 29th and 30th - get out the cowbells, clear your schedules and find all the details/ticket info --- HERE and on the poster below)

Somewhere between letting go and holding on - is where you'll find me ... 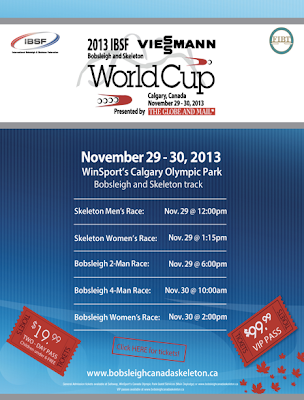