“Welcome, and congratulations. I am delighted that you could make it. Getting here wasn’t easy, I know. In fact I suspect it was a little tougher than you realize.
To begin with, for you to be here now, trillions of drifting atoms had to somehow assemble in an intricate and curiously obliging manner to create you. It’s an arrangement so specialized and particular that it has never been tried before and will only exist this once. For the next many years (we hope) these tiny particles will uncomplainingly engage in all the billions of deft, co-cooperative efforts necessary to keep you intact and let you experience the supremely agreeable but generally under appreciated state known as existence.”  - Bill Bryson in A Short History on Nearly Everything 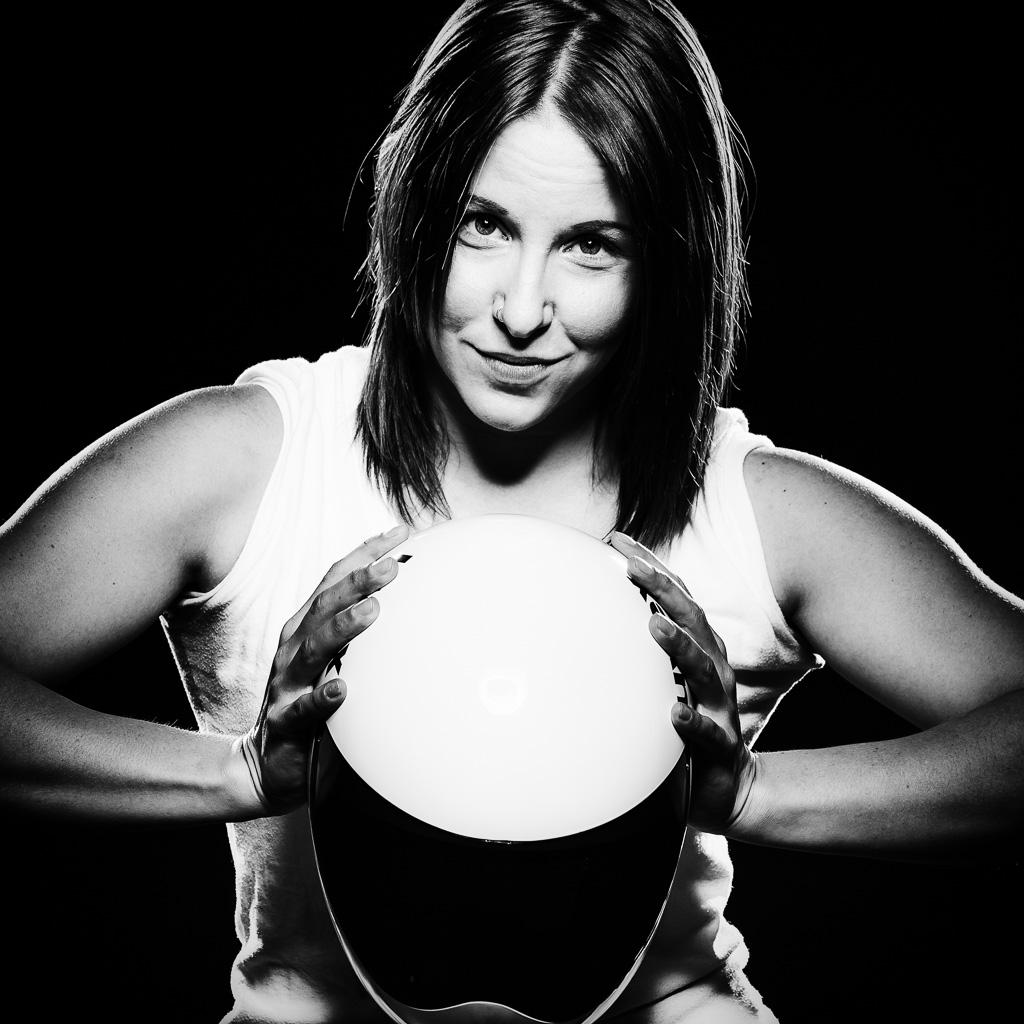 Standing next to the kettle, I watched the water jump and bubble and hop through the plastic viewing panel on the side. I blinked calmly and then proceeded to click down the on-off switch before it automatically activated itself. Suddenly, over my shoulder I heard a voice pipe up, “Are you kidding me, Cass?”
“What??” I replied.
“You can’t even let the kettle decide when it’s ready to be done!?”
… This statement was followed by an onslaught of laughter from the both of us.
My initial instinct was to brush it off. Besides, what was the big deal? It’s just a kettle. But as the thoughts bumped around my brain, I began to wonder if this simple act was more than just an innocent desire to manage my time … perhaps it was an example of my, occasionally dreadful, impatience or, an innate in-ability to release control!?
Regardless, the scene struck me as peculiar; the clever bystander was right to question it.

So … I kept wondering, why did I feel the need to stop the kettle?

They say, a watched pot never boils, but I beg to differ.
ZOOM OUT
The truth is, stopping the kettle was a subconscious act – but my best hypothesis is founded in the realm of “controlled chaos”.
Just like any profession, an athlete has routines and schedules. And while, in past posts, I have explained the (sometimes mundane) day-to-day – it’s a fact that all too often the scheduling (and intermittent spurts of dramatic events) barely leaves enough time to exhale. This endless go-go-go and extremely narrow focal point- is where my mind functions at its finest. So, just like when I’m hurdling down those icy chutes on my glorified tea tray at more than 130km per hour … here is where I am able to organize that chaos.
Just the same; with all that being said – this small reflection also forced me to open up the aperture on my lens. During what has felt like an endless number of summer weeks, squinting at my goals with pinhole focus, my ability to see the entire picture hasn't always remained a simple task. 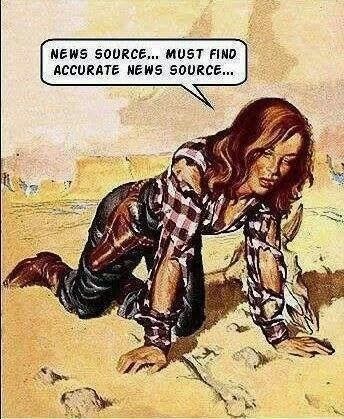 When I checked in last, I was preparing to once again put my head down and go after this off-season with everything I have.

So what has come across the table?
Well let me lay out yet another delicious menu for you to consider:
- Sport Canada deemed my position within the carding criteria as an “irregularity” and my attempt at an appeal, invalid; sub sequentially officially denying me any pre-season/summer carding.
- The 2014/2015 National Skeleton Program – SelectionCriteria and
2014/2015 BCS High Performance Athlete Selection Flowchart were adjusted and finalized.

- But, we did elect a new Board of Directors … well, sort of.
- Additionally, the end of July saw me decide to take my Strength and Conditioning a different way. As you may know, when I had returned to begin my dry-land training in May, our program had developed and implemented integrated group training – to which you were designated by your respective tier.
I spent two months in these sessions (as a Tier 2) and am grateful for the programming I did receive. But after having been an elite level athlete for more than just a couple of years, I recognized that for me to take all my abilities to the next level and beyond, I require more specific attention to individualized aspects – after all: take extra care of all the smallest details, and the bigger picture will come together. Thus, I am currently making gains under the watchful eye of private Strength and Conditioning Coach/ former Canadian World Cup Bobsleigh Breakman, Rob Gray. 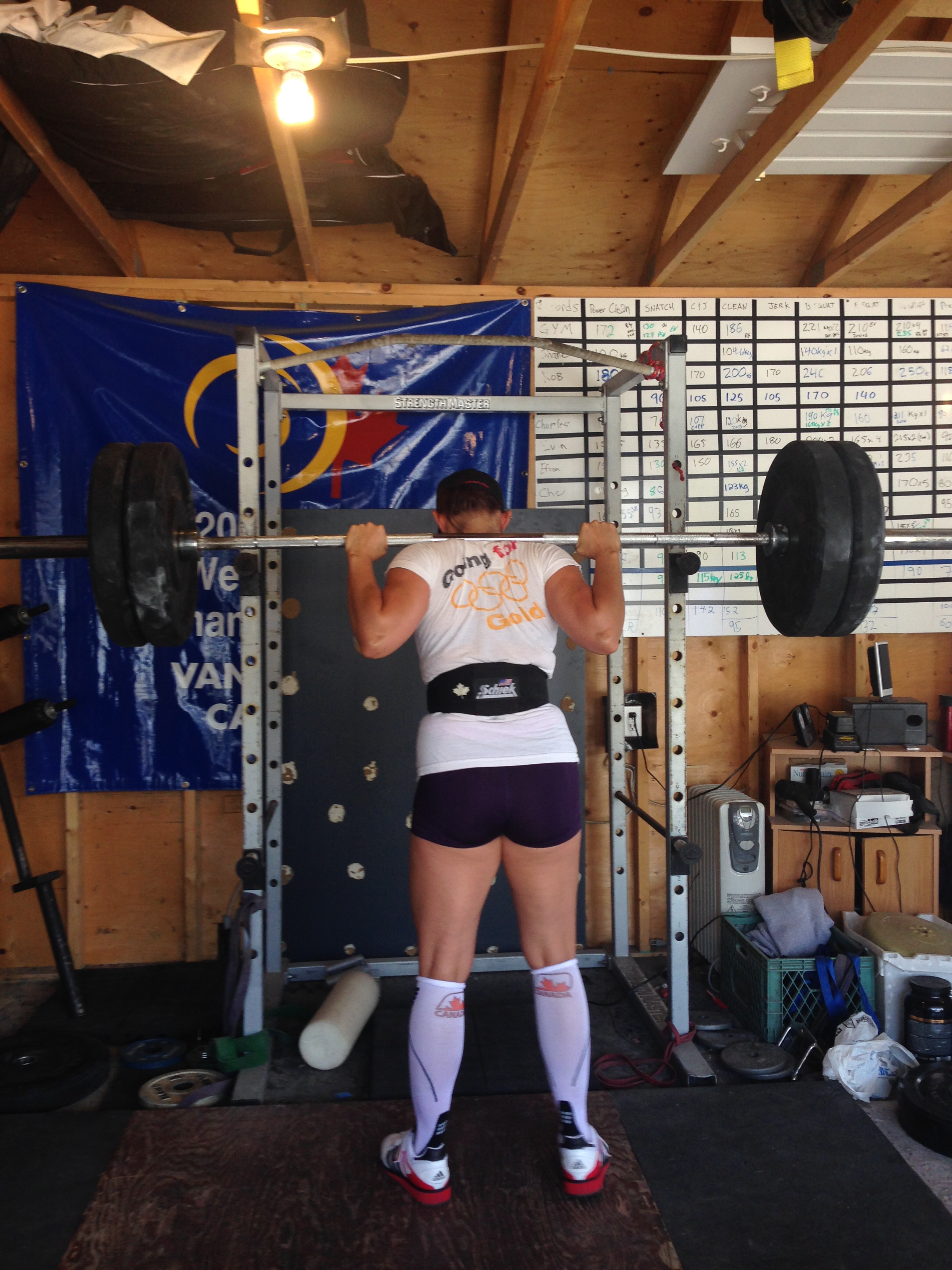 - The official push testing camp came and went. I put everything I could on the line, and I came up short from the designated time standard (by 0.09) …This meant that I am no longer even considered Tier 2 and had I remained training with the National Team Strength and Conditioning Coaches I wouldn’t have been allowed to continue with them (so thankfully – I had already taken control of that element). In a turn of events, all Tier 2 athletes who were unable to reach their respective push standard were invited to push again in the Tier 3 push testing just a short four days later.
I stepped up to the block and chased that clock again. I did manage to shave off some time but it was still not enough … missing it by 4 one-hundredths of a second. 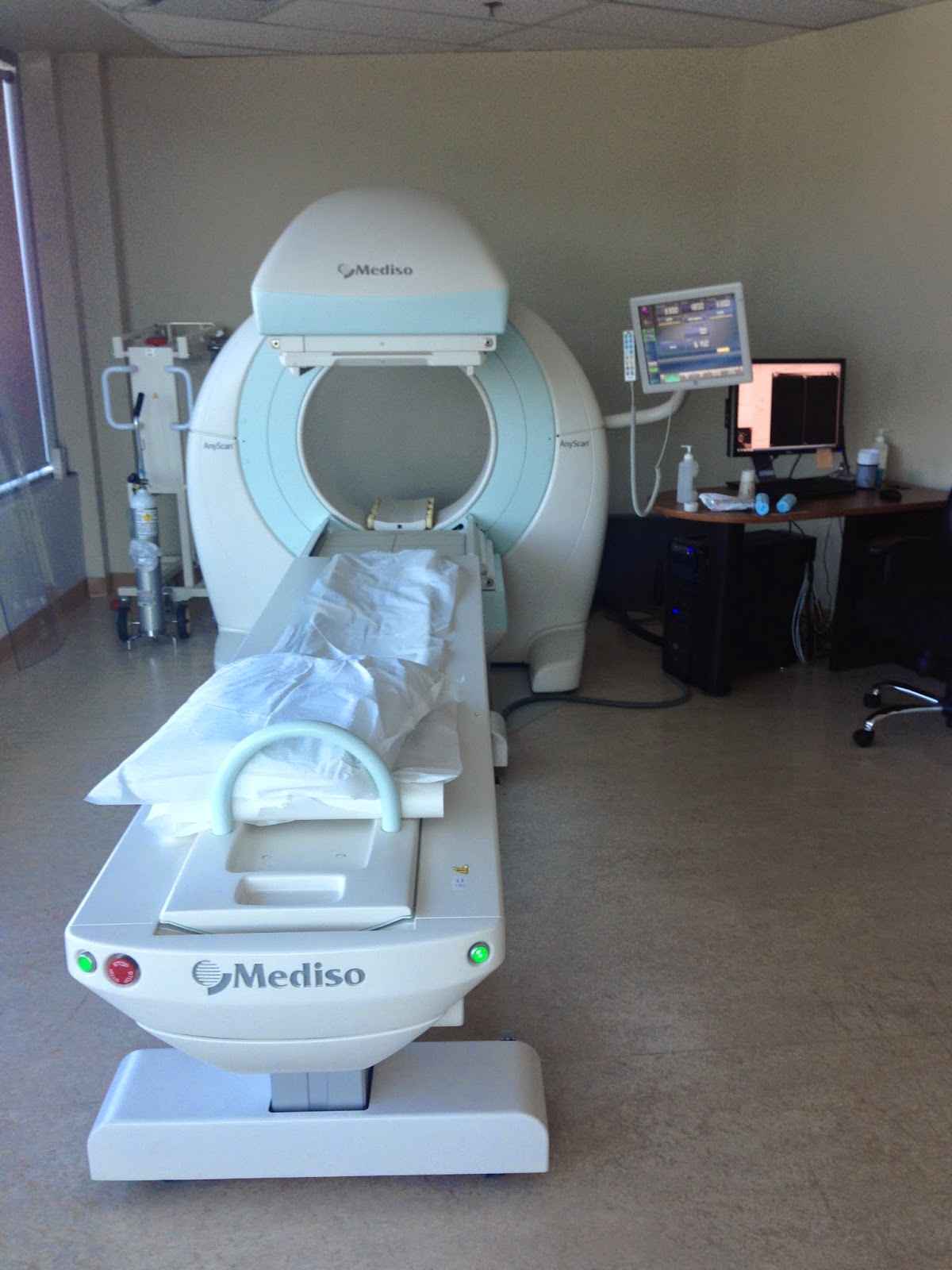 - Last, but certainly not least, I have been dealing with an extremely stubborn injury in my right foot. At first, through June and July, it was thought to be a bruise. 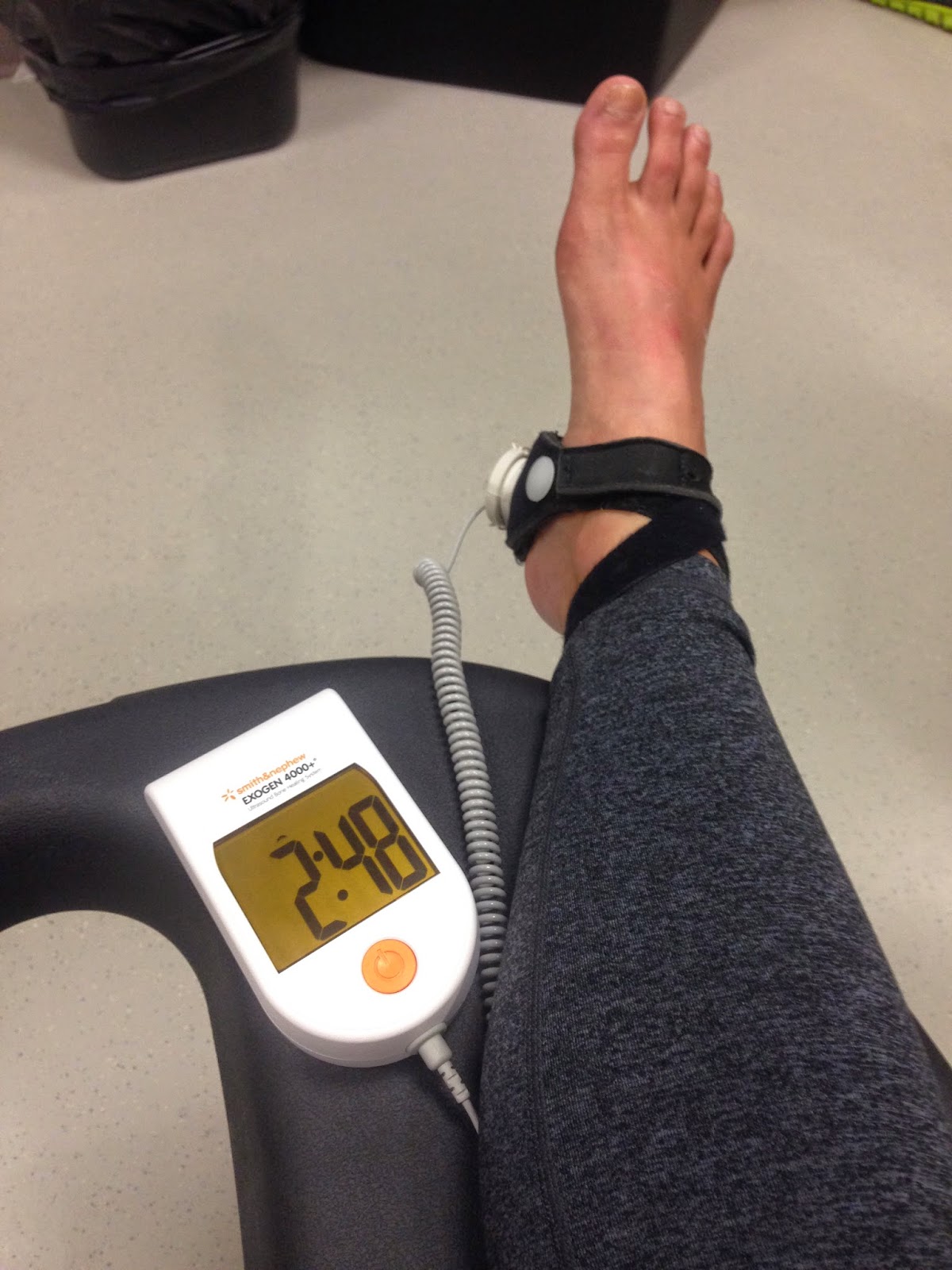 We acted accordingly and I trained through the pain. However, I was feeling NO relief with taping and ultrasound so after a bone scan (at my request) it was finally discovered that my calcaneus bone (very edge of the heel) was swollen from the tendon in my arch repeatedly pulling away at the insertion point – this pulling and swelling action caused an extra bit of bone to develop.
This injury is my first chronic injury ever– it is not only painful, but not an easy fix. That tiny little bone has demanded a great deal of attention.  Requiring hefty doses of oral Voltaren, custom orthotics (to be worn as much as possible) and has kept me from doing ANY sprinting or sled pulling since the diagnosis!
… Not exactly ideal in a year when criteria requires its best athletes be faster than ever in the first 50 metres.
(WARNING: THE FOLLOWING IS A HARD LINE RANT)
Now, while I have graciously accepted the difficult fact that once I was no longer a designated Tier 2 athlete, I was also no longer eligible to access the new Winsport High Performance Centre, nor am I covered for any treatment from our Integrated Support Team (IST)  - it was an even tougher pill to swallow when the Team Doctor suggested that I make a formal request to be allowed to have access to two pieces of equipment (the water treadmill and anti-gravity treadmill) for the rehabilitation of my heel.

I swallowed my pride and ensured that I went through the proper avenues. I was very grateful that the Canadian Sport Institute's Head Physiotherapist insisted that we continue along the road to recovery that we had started together. In order to make sure my appointments took NO time from any other athletes “in the system” we made sure that my access was only in the early hours of the day and that I worked with the Interning Physio, so that the Head Physio was always available to patients. 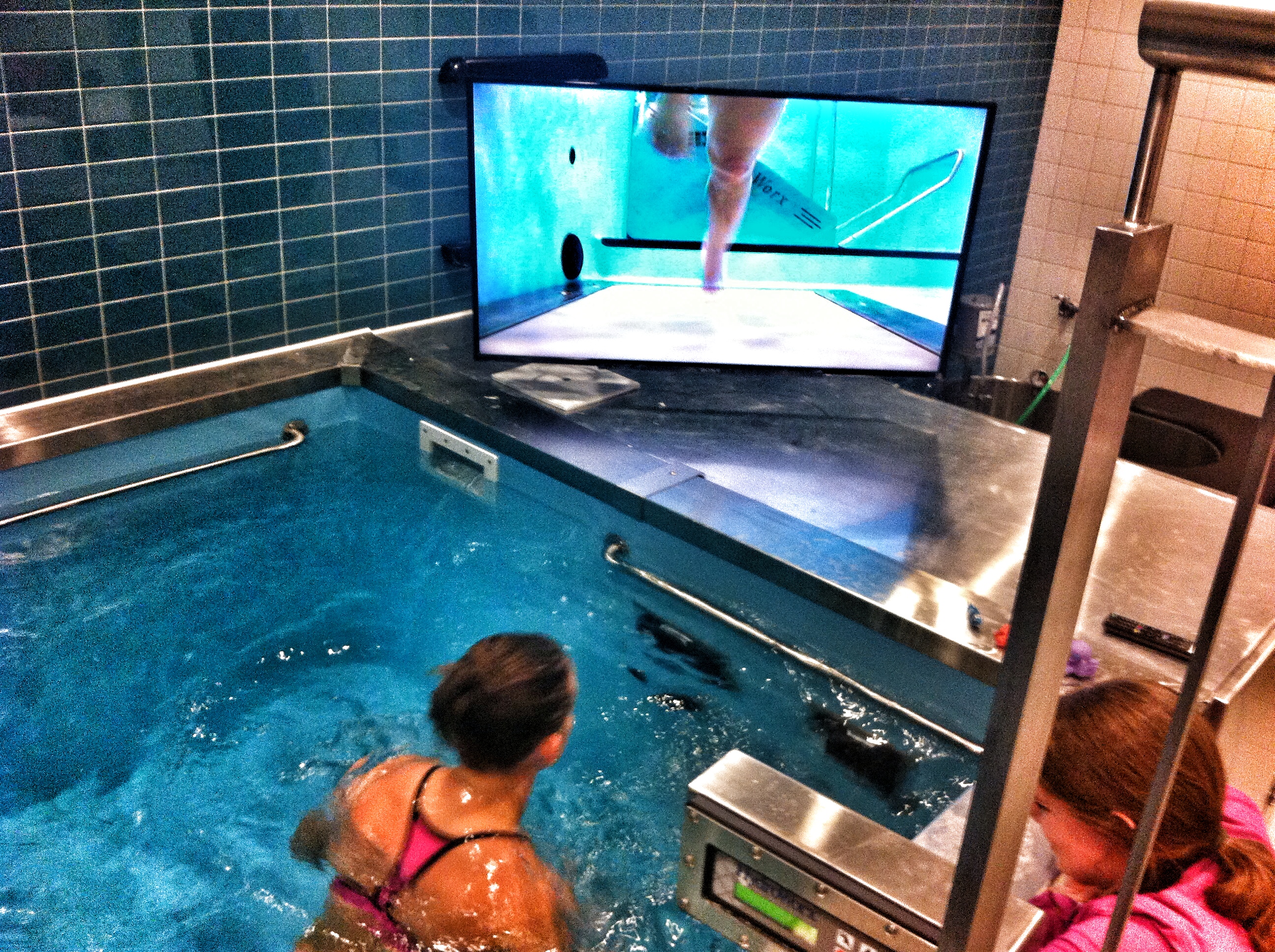 I was able to attend 4 sessions before literal insult was added to this injury.
An individual athlete went out of their way to complain about me being allowed to receive ANY help. This complaint meant that all support had to stop immediately.
I would just like to formally thank whomever decided that rehab for MY injury was somehow “unfair” to you and YOUR situation. God forbid you ever have a chronic injury (and for that matter, if you do – perhaps you could have spoken to me directly about your concern?!) I would also like to ask you to recognize the reality that making strides to limit each otherthroughout this team (re) building process will benefit no one. No one.
(END RANT)

Yeah, I am frustrated, but more than that – this most recent event left me disappointed. Needless to say, this off-season has been an exasperating process – but mark my words - I didn’t, and seriously don’t plan to let up. 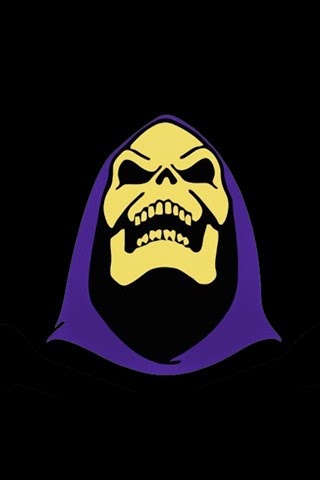 Now then, back to the point - whether or not you decided to click on those links (above) and read the BCS documents, the Cole’s Notes of the big picture is still the same: injury or no, push standard or not, considered inside or outside of the “program”, I am still eligible to earn back a place on the World Cup Skeleton Team at Canadian Team Selections which will be held the first two weekends of November right here in Calgary, AB.

I hope you can clear your schedule, grab your cowbells and come be apart of the action! Stay tuned for more specific details.

As the highest ranked returning Canadian female Skeleton Racer and defending Canadian Champion I would like to extend a warm and heartfelt welcome to every single hurdle that has been/ has yet to be thrown in front of my path since as far back as December 2013. Some of you may have forgotten – I used to race hurdles.
Please understand, I do not claim to be perfect and quite honestly, like most of us, I would often rather be safe and comfortable than walk around being brave and fighting battles. But the reality is - this is my story; this is my life, and the adventures and drama can cause it to seem messy and nuanced and sometimes it becomes a moving target, but this is the existence that I am unconditionally grateful for. And while I'm likely to continue to stop the kettle before it’s “ready” and speak out louder than is “normal” – these are all instances of a passion, a constant flame. A flame that still burns inside of me no matter how many big winds threaten to snuff it out.
Because even on the days when that flame dwindles down to a tiny spark … it’s always enough to keep me going.
Zoom out,
-Cassie Elise
You may also like To The Bone
Share this article
Back to Home